I am a stickler for details.

While watching my group classes do Pilates moves, I noticed they have gotten lazy. They are only interested in doing a bunch of reps or doing fast, big ROM exercises.

They have lost touch with what each exercise does for them and the reason to do the exercises correctly.

Take for example hands in straps. They just whip their arms around because they have done the exercise so many times before.

As they took their arms out to airplane position, squeeze their scapula together. Bring their arms down to their sides by squeezing the balloons under their arm pits. Doing the exercises slowly with more weight they were really working very hard and feeling the exercises.

Take the bridging series with feet on the foot bar.

I was very specific on how the keep their feet pointed to the ceiling and how to segmentally roll up and down using their buns and hamstrings and take the carriage back and forth.

Then I showed them semicircles. They all wanted to try the move. I explained why it’s necessary to do things right so they won’t get hurt.

We did Eve’s stretch then tried a form of arabesque on the reformer. I took exercises they knew then built on them to form the intermediate and some advanced moves. I showed them where each move takes them to the next move and how important it is to fire the right muscles so they don’t get injured.

They did corkscrew on the reformer, then, I demonstrated the back roll off the reformer to arabesque.

With a laugh the class decided not to try that till next season.

With small ROM movements and very little springs they have to work extra shard to stabilize their bodies so they don’t loosen the ropes.

At the end of class they were very surprised how difficult the exercises had become, how hard they worked and how excited they were to see where they were headed.

I was exhilarated teaching the class because the same old thing became new again.

What fun for me the teacher. 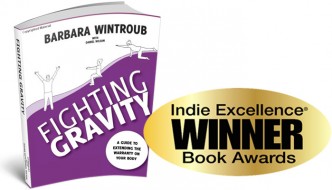